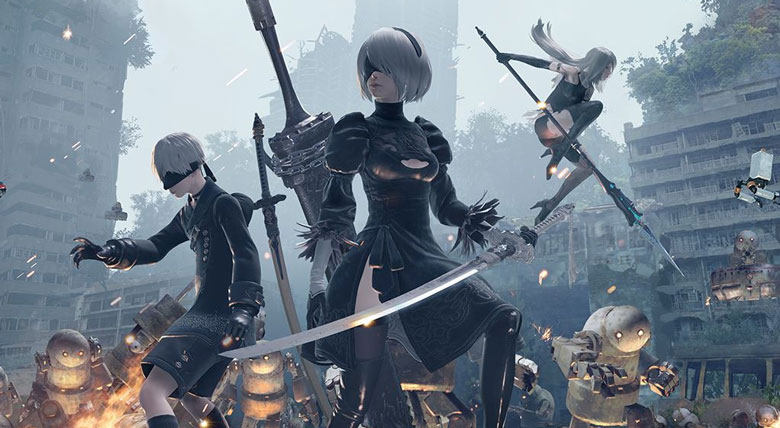 Is NieR: Automata worth playing?

Fans demanded and they got NieR: Automata, a sequel to the cult classic NieR, a game with bad sales due to its poor marketing and timing. Yoko Taro, known for his dark storytelling and unusual gameplay, has done it again. NieR: Automata developed by Platinum Games and published by Square Enix, was released March 7 for the Ps4 and March 17 for Steam, rated M for Mature.

The combat is very fast paced and fluid. Like Metal Gear: Revengance or the Bayonetta series, every battle feels over the top, and each kill brings satisfaction. The game has a level system that will have players grinding for experience because the game can be quite punishing for new players. The game offers a variety of weapon, from katanas to great swords, and it offers several methods of play. It also has a 3D/2D bullet-hell system; the player now has air battles using flight units, which play like Galiga and Touhou. This system allows for ground battles, too, which play like the original.

The game has tons of content aside from the main story. It has side quest, which has the player killing machines or fetching an item. These actions get repetitive eventually, but story tidbits are offered at times. There’s a plug-in system, which allows for power-ups, to provide an edge for higher difficulties. There are four difficulty settings, from easy to very hard. On very hard, the player dies in one hit, for a challenge, while on easy the game auto-attacks and evades, allowing players to enjoy the story.

The game has you playing as androids such as 2b and 9s, as well as others created by humans for their bidding. You’re fighting for humanity while they’re hiding on the moon from aliens as they destroy the Earth with machines. The story plays with your heart strings and has you questioning your actions. The story has multiple endings, 26 to be exact, which offer replay value and lore.

The visuals consist of dull colors to represent a melancholy setting in the world, offering gray landscape textures. The colors change during segments like the boss fights, giving the boss vibrant colors that contrast with the environment. The camera angle changes to 3d and 2d to offer different perspectives and gameplay. The game runs at 60 frames per second at 1080p, allowing for smooth visuals with no stuttering, which might vary on the Standard Ps4 and Ps4 Pro.

The music gives the game atmosphere. The forest kingdom, with its faced-paced, drum-based theme, keeps players on their toes. The amusement park theme sets an upbeat atmosphere, giving the park life. The transitions are impressive, moving from a slow-paced piano theme to an over-the-top orchestra.

This game, fast paced and beginner friendly, is recommended to anyone. The story is a once-in-a-life time experience. The characters are lovable, from the peace-loving machine to the stoic android which rarely shows human emotion, giving the game life.