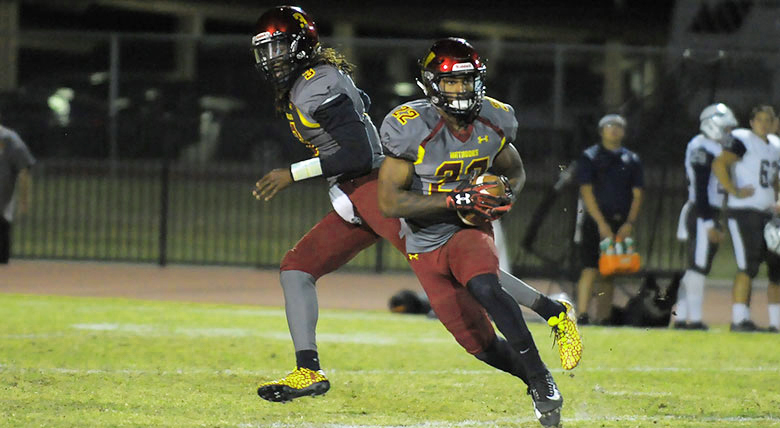 Matadors on the move

Signing day is an opportunity for young athletes across the country to ink their futures with prospective schools. Some players are fortunate to sign to a university straight out of high school while others for various reasons have to take a more circuitous route to sign with a four-year school. Be it grades, a little trouble or just unfortunate circumstances – whatever the reason for going the junior college route, it is definitely a broadening experience.

Arizona Western College has a knack for getting players to the next level – NAIA, DIII, DII or DI – and this year’s early-signing day was no different, with a plethora of talent moving on to the next level, including:

·      Ja'Vaun Johnson, University of Texas of the Permian Basin.

“Being here in Yuma has helped me focus on football,” said Jahmir Johnson. “It’s tough being a student and an athlete while also dealing with the recruiting process and the constant recruiting pressure.”

Johnson also said that AWC football allowed him to reach out in the community and be more involved with people.

Amazingly, Diallo, a Canadian, and only started playing football when he got to AWC. He was previously committed to Oregon but is going to Texas A&M because “A&M kept it real through the process,” telling him he could be a special player in the Southeastern Conference. Other schools in that region wanted him, too, including University of Alabama, Florida State University and Auburn University.

“The recruiting process has been a journey that I’m thankful for,” said Daniels. Though the process started out slowly, many teams await his decision.

“AWC has done many great things for me,” he said. “It made me a leader brig here. It has been a humbling experience.”

Tony Mitchell, a defensive line coach at AWC for 10 years, has had a hand in sending a lot of talent to the next level.

“Universities see that our players have a winning mentality, and they hope that can translate to their programs,” Mitchell said. “It’s all the players; the best thing you can do is get out of their way. It’s different in every case, whether it’s refining some of their moves or even just coaching them up off the field.”

We finished off by asking how does the staff plan to have.

“Recruiting is a big key” to continued success on the field, said Mitchell. “Also, prospective athletes see that we get players to the next level, and they see the opportunities that Arizona Western has to offer.”