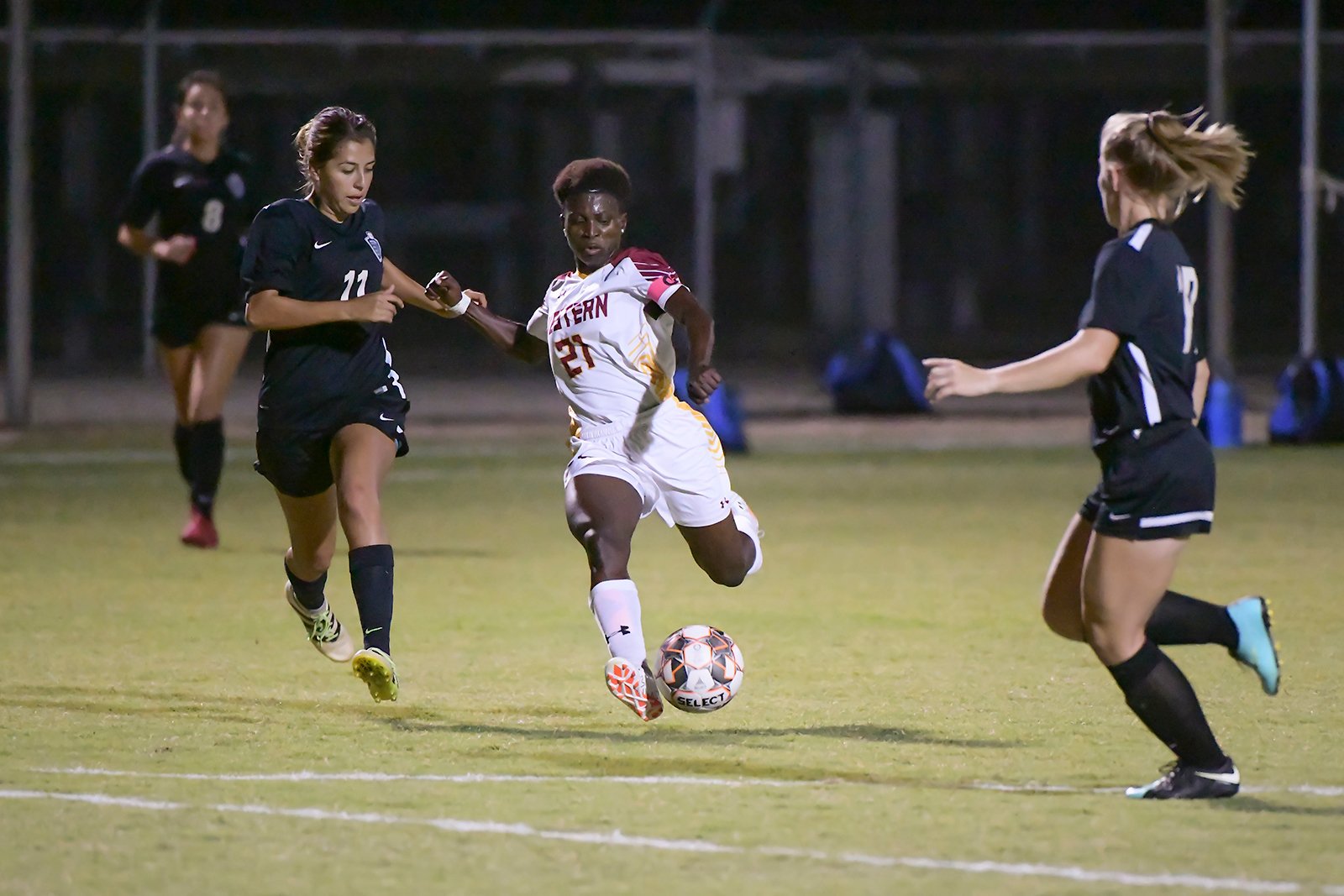 Number 21 Christiana Boateng threads the needle during one of AWC’s 20 regular-season victories, this one against Gateway CC.

Christiana Boateng played as an unstoppable force all season for the Arizona Western College women’s soccer team. She was named the Arizona Community College Athletic Conference Player of the Year after leading AWC to a record-setting, unbeaten 20-0 regular season.

“When I first came to the school, [Christiana] welcomed me and was respectful from the start,” said AWC first-year head coach Nicole Acosta. “She has been a main piece of our success this year, and I cried when I heard about her getting the honor. She is an all-around great person and player and will be missed next year. She is our spark, and her work ethic, heart and passion are why we are undefeated.”

Boateng finished second in the league with 26 goals, and she scored in 15 of the team’s 20 matches despite constant double and triple teams. The sophomore dynamo had 9 multi-goal matches, 8 game-winning goals and 10 assists.

Nicole Acosta was named the ACCAC Coach of the Year. She has guided the Lady Mats to their best season in team history with a suffocating defense (11 goals allowed) and Boateng leading the way on offense.

“It means the world to me, and I couldn’t have done it without God and the army of people behind me,” said Acosta.

Going into the Region I Playoffs, AWC Women’s soccer held the top seed.