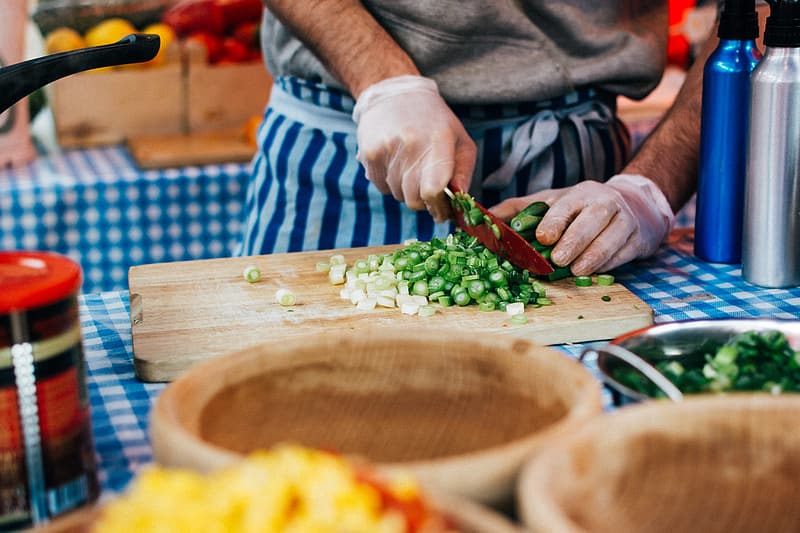 You don’t need a silver fork to eat good food

“Cookery is not chemistry, it is an art,” the well-known chef Marcel Boulestin once said. “It requires instinct and taste rather than exact measurements.”

The talents of chefs are reflected in the responses of the people who try their food, and the effort they put into taste and presentation is very important to the eye and the palate.

The Culinary Arts program prepares three dinners per semester, and this Station Buffet was the biggest of the three. As a fundraiser for the program at AWC, the students created a menu for the Station Buffet with seven different stations from which to choose – Asian, taco, pasta, pork belly, sushi, salad and desert.

And it was all delicious. The chicken at the Asian Station was especially good, looking and tasting like the honey walnut shrimp at Panda Express, only better. It had a spicy twist, but still sweet. The sushi was basic but also with a great taste. The tacos could have been a bit more traditional, but they turned out to be very good.

“Everything at the buffet was very tasty,” Anaid Guerrero said to her sister, who showed up late and missed the dinner. “Hope you can make it next year.”

My favorite was the Pork Belly Station by Sergio Azpeita and Ramon Tapia, and my favorite dish was Azpeita’s layered potato and cheese by, which was cut into squares resembling lasagna.

“My favorite was the Fettuccini Alfredo,” said Guerrero.

Students had made the pasta themselves, and I too found it delicious.

Following the main courses, three tables of delicious deserts were waiting for the diners to choose from, including cookies, pies and cheesecakes. If I had to pick favorites, they would be the chocolate mousse and the chocolate chip cookie – basic, but very tasty.

“There were no unsweetened deserts!” said someone at my table. “They should add some.”

Indeed, some of the food that might be added to next year’s menu might be some gluten free dishes and unsweetened deserts. After all, nowadays more people are trying to eat healthier.

Overall, the buffet was great – very good service by the chefs as well as the waiters, and excellent food, from the salads to the deserts.

As with every other art, it takes study, practice and passion to become a chef. As Nathan Myhryold, the author of Modernist Cuisine, once said, “Cooking is an art, but all art requires knowing something about the techniques and materials.”