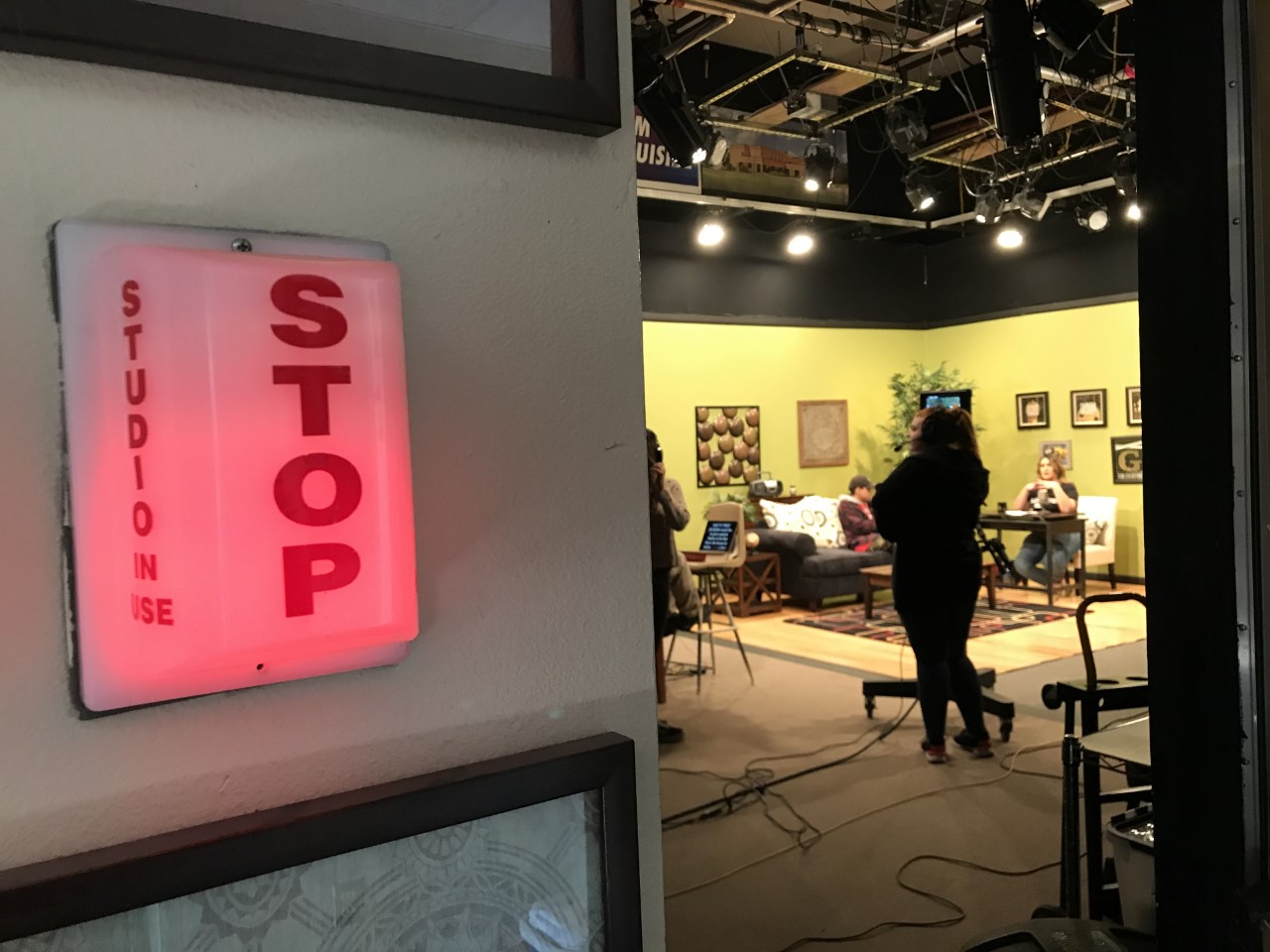 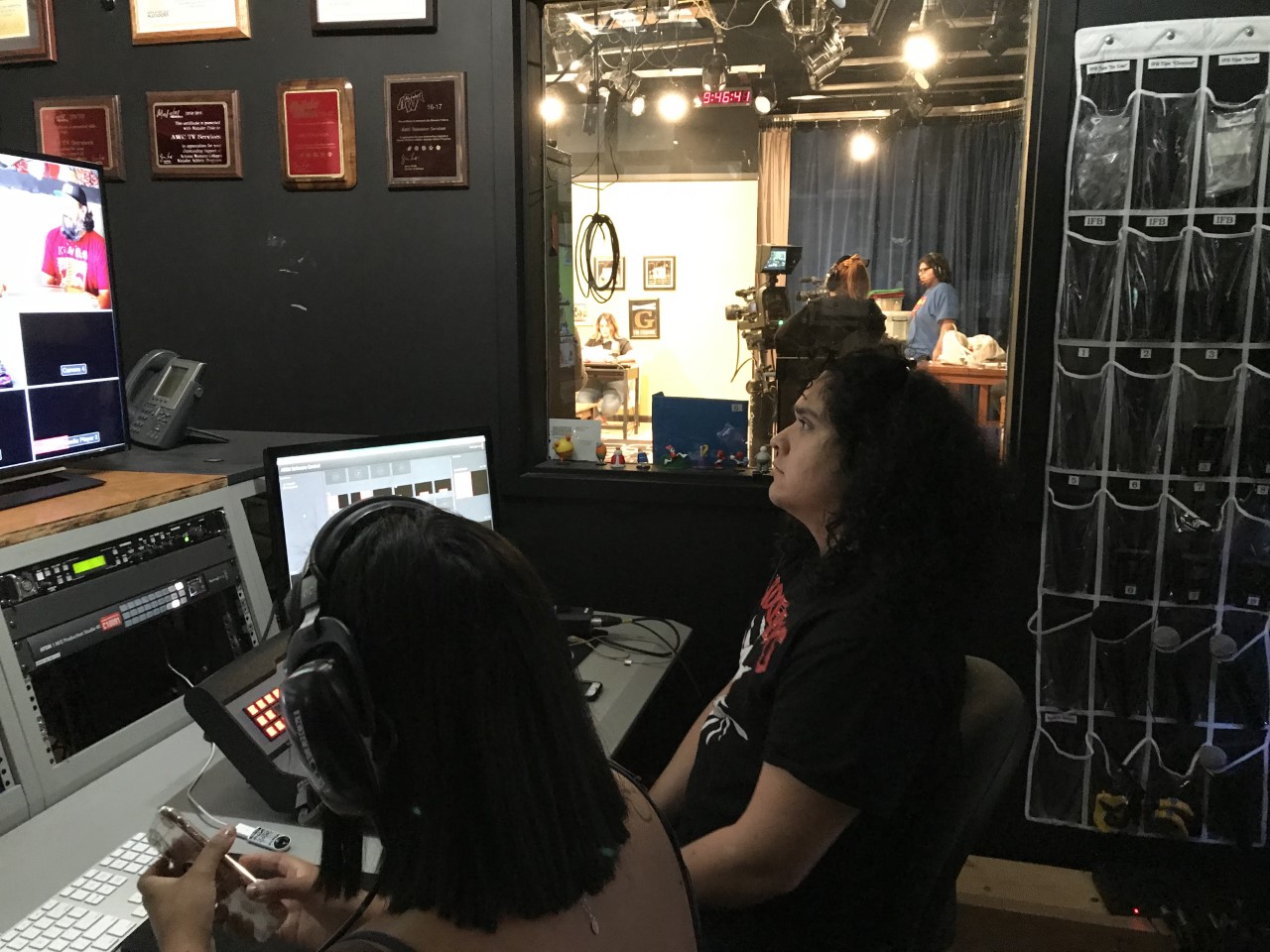 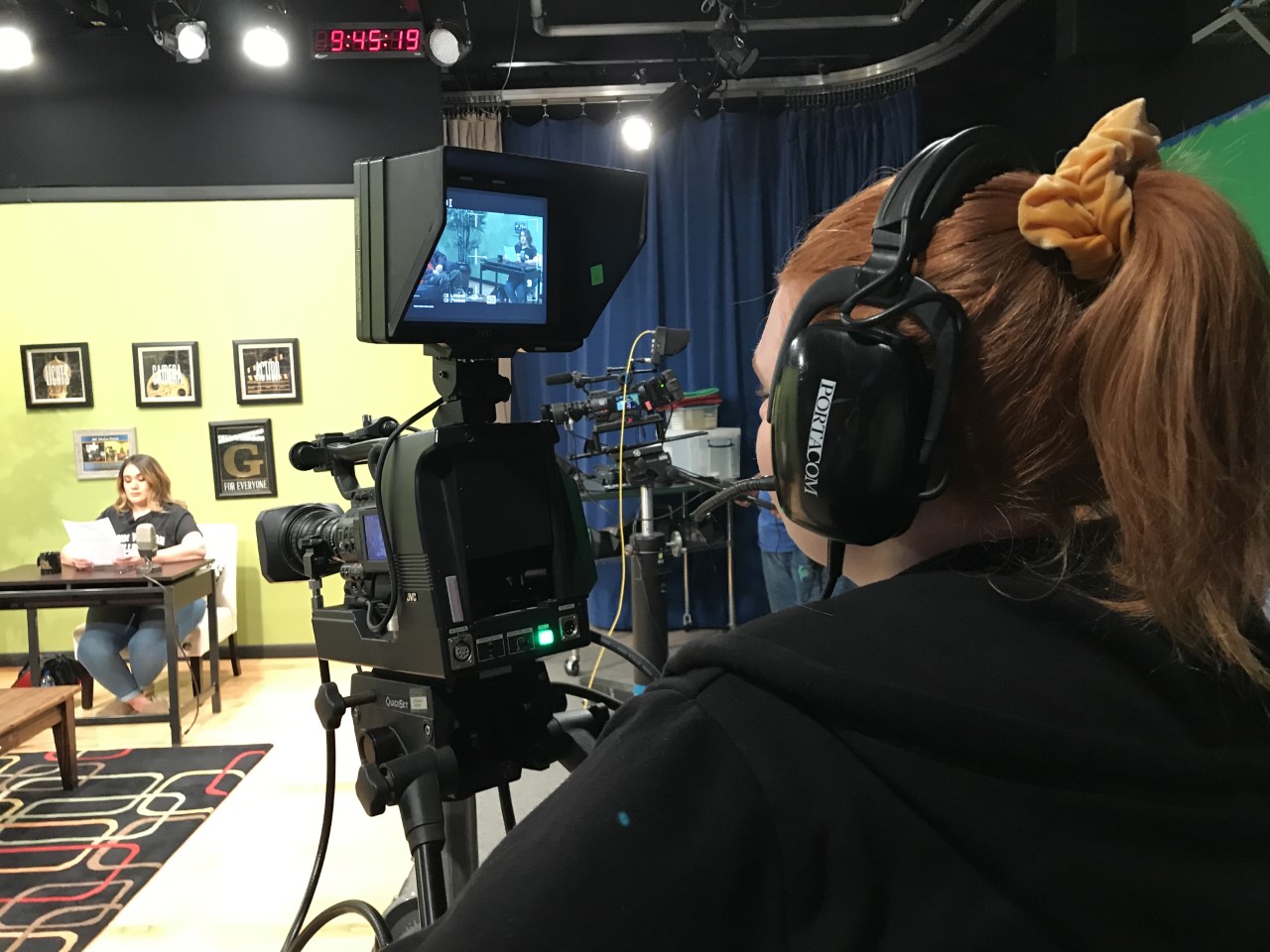 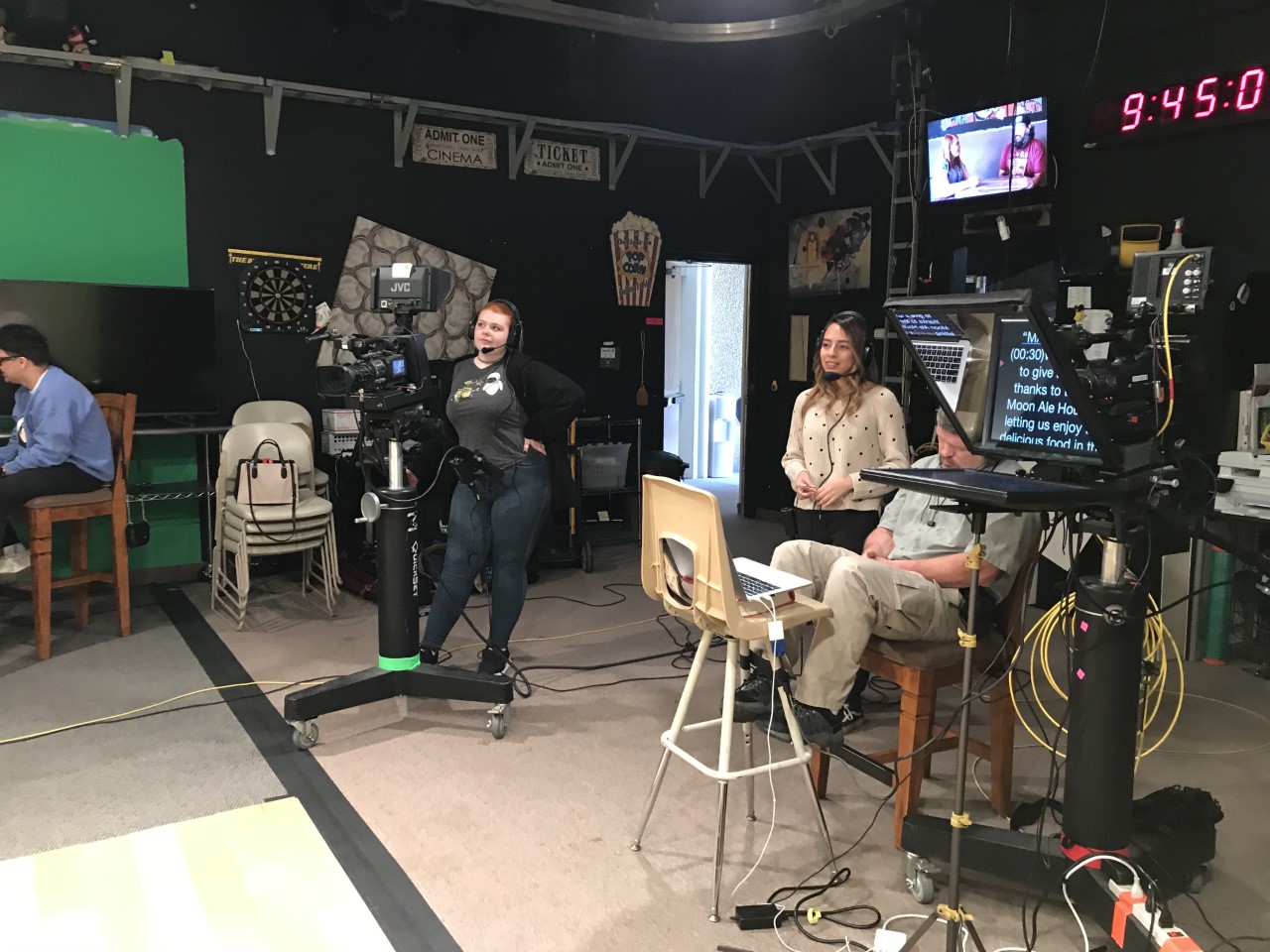 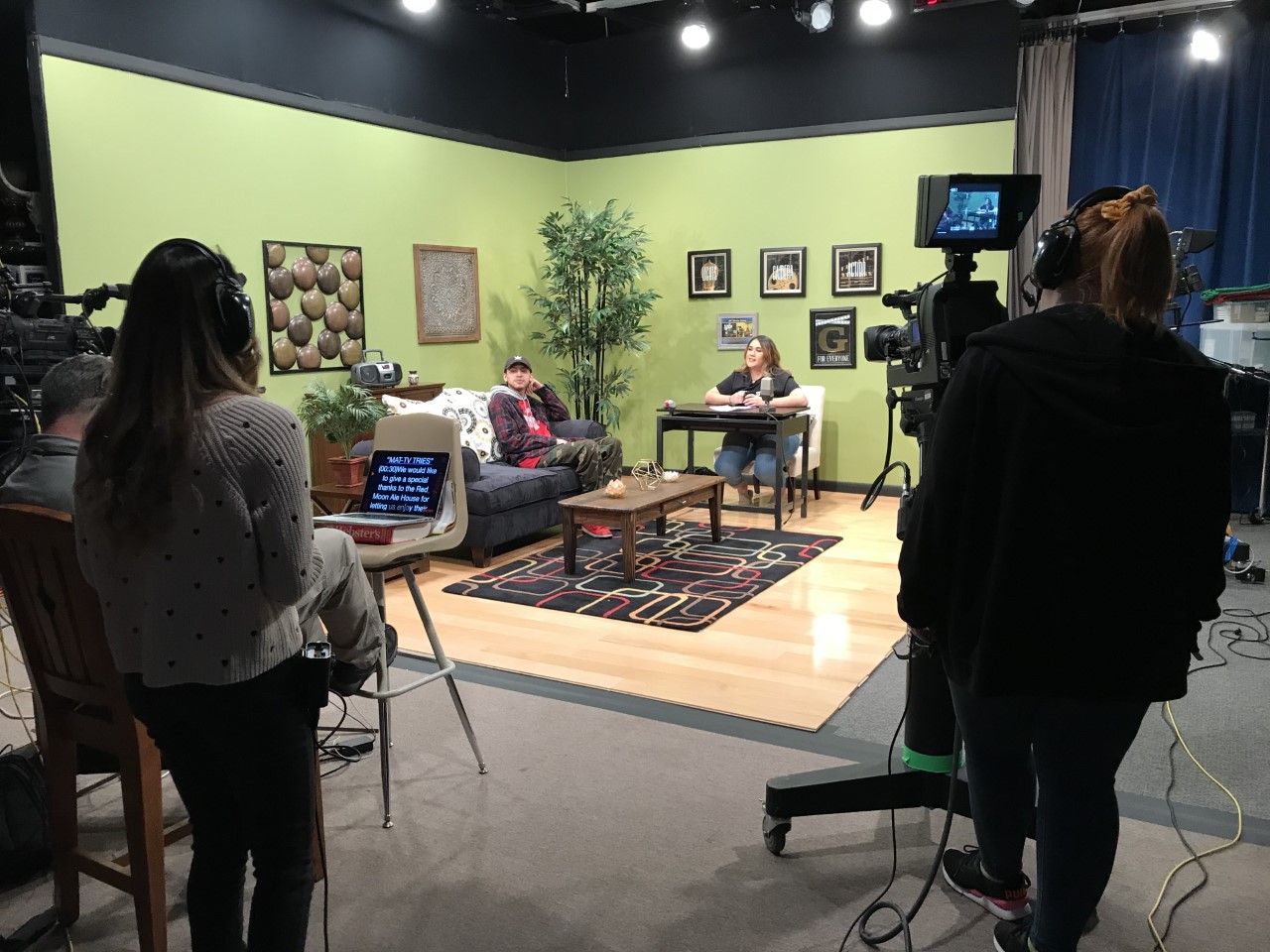 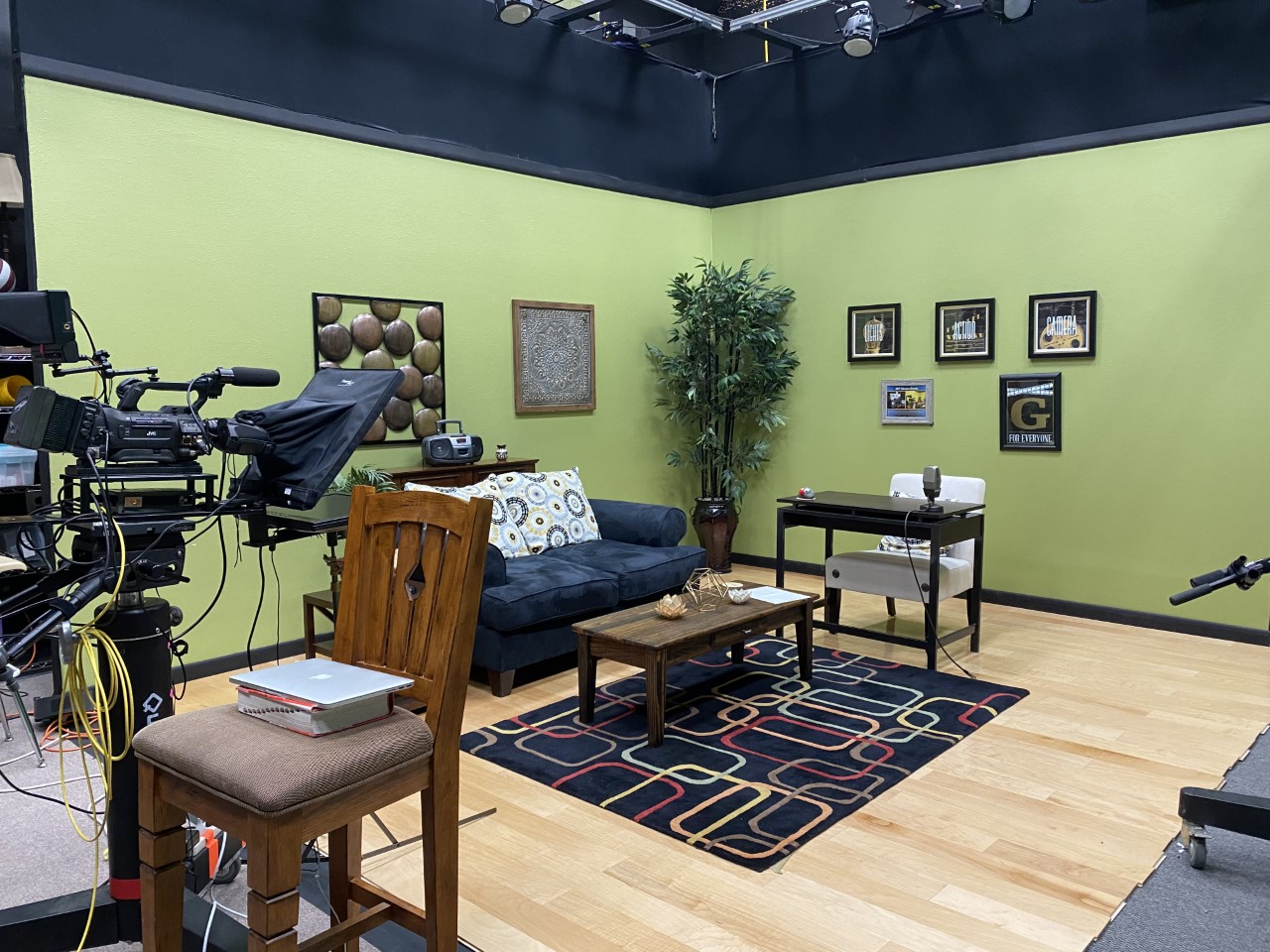 MatTV: Getting the first show in the can

Nervous tension fills the Arizona Western College television studio. The crew assemble their gear as they get ready to debut their first show on February 26, at 9:30 a.m. sharp. Each crew member is working to get their headsets on and scrambling to get into position.

“Can you hear me?” says Zach Figueroa, over the headset as they all gave a thumbs up.

The show is directed by Figueroa and taught by Professor Sherry Needham, with hosts Amanda Carreno and Meghan McCullin.

“First shows are always shaky, but hopefully with enough rehearsing and practice it will all go smoothly,” said Figueroa. “I am very excited because I get to work with a whole new crew, but I do believe it will be a bit tricky at first.”

Today, the television production crew is working on a prerecorded segment on a local artist. They are hurrying to set up each camera before the talent arrives on set, making sure everything is in place and ready to record.

Upon his arrival, a microphone is quickly put on the talent, Marshall Davis, who sings two of his original songs on the set with prerecorded tracks playing and then prepares for a live interview. Davis, 21, is a rapper from Somerton, Ariz., who writes all his music and performs anywhere he can around Yuma.

“This is a team effort mostly and if someone does not do their part then it really affects the show and all of us,” Figueroa says.

Working in the studio allows students to work in a professional manner and get a hands-on learning experience, just as they would in any job in television. They are able to produce skits, interviews or any segment of their choice. Students must collaborate closely in order to get the content they need each week.

“We started the television services in November of 1999, and there was really no staff, so we could not go on air at the time,” said Needham. “The city provided funding because we needed an educational channel, and around 2001 we went live.”

In the past, the show has been called AWC Spotlight and Dirty Thirty. This year the students have decided to keep it traditional and leave the name of recent years – MatTV, short for Matador Television.

As they wrap up the shoot, Needham quickly informs the crew to start brainstorming more ideas for future segments, reminding them that finding content is always very important and sometimes hard to find.

“I think the show will go on, and I am not nervous about it at all, but my students definitely are,” said Needham. “This is a learning experience, and I would rather my students feel comfortable and make mistakes here instead of out in the real world.”

Needham leaves the studio, letting her students finish up the post-production work on their own. The crew cleans up the set and, with no time to waste, begin planning for their next segment. After all, the show must go on.