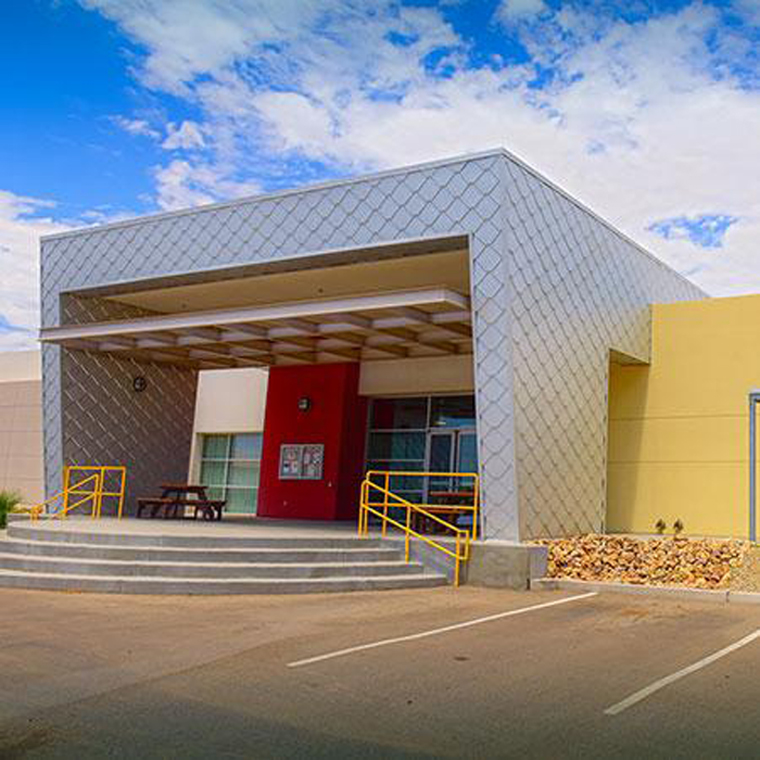 “A one-stop shop in one person” is how Jose Lizarraga sees himself.

His official title is Outreach and Student Services Coordinator for La Paz County. But, to the students he helps, his more colorful description rings true.

Most college campuses have Student Services departments with various specialized positions.  However, at Arizona Western College’s Learning Center in Parker, all those positions are rolled into one person.

Lizarraga, 33, is responsible for ensuring that students on the satellite campus receive tutoring and advising as well as help with admissions, financial aid and student activities.  He also goes to the high schools around La Paz County and gives their students information on going to college.

A bit of everything

Having to do a bit of everything isn’t new to him. Before AWC, Lizarraga worked at the La Paz Department of Child Safety for six years. Being one of the few social workers in the county, he carried a high case load and faced the same issues of scarce resources that he faces now at AWC. Lizarraga embraces the challenge, though, his competitive nature not allowing him to fail.

“I thrive in chaotic settings,” he says with a chuckle, adding that high-pressure situations are some of his favorite parts about his job.

In general, finding ways to be of service to others has been his life’s passion, and this showed while he was attending Arizona State University, during his time in a fraternity.  He would find himself struggling to meet with busy advisors, so he figured out which classes he needed to take and set them up on his own. When other members of his fraternity met with the same struggles, he would step in and assist them. This is where the idea of being an educational adviser came to him.

The number of students he now serves is significantly higher than during his time in college, however.  He estimates that each semester he is in contact with about 300 students, about 100 of them being active AWC students, 150 being high school students and 50 being people who want to learn about possibly attending.

He does his best to help everyone but admits that there are special challenges about working in La Paz County, the most obvious being the lack of resources. Compared with the Yuma Campus, the Parker Learning Center doesn’t have as many classes or student clubs available or an on-campus student success center. The biggest obstacle he faces, though, is the community.

“I’m competing against a community that doesn’t always honor the educational system,” he says.

Around La Paz County, some companies do not push for education and instead hire whoever is available, even if they lack qualifications, and that situation makes it hard to motivate people to get a higher education.  After all, who wants to be told that they need to get a degree to make more money when people around them are making more than $20 an hour with a high school diploma?

Even through all the struggles, Lizarraga tries to create an environment where hope can live.  He knows that every student is different and that not everyone knows what they want to do.  That’s why he wants to give students a place where they can explore their educational opportunities and reach their full potential.

La Paz students understand how much Lizarraga does for them.  What kind of effect has Lizarraga had on them during their time at AWC?

“A positive one,” says Joanna Pena, a student at the Parker Learning Center.  “Since I didn’t know what classes I was supposed to take, he made things a lot simpler.”

It’s a hard job, and of course it’s been even tougher during these past months.  Lizarraga is especially grateful for his wonderful coworkers, who help to keep him from being spread too thin as he strives to give people hope on their educational journey.