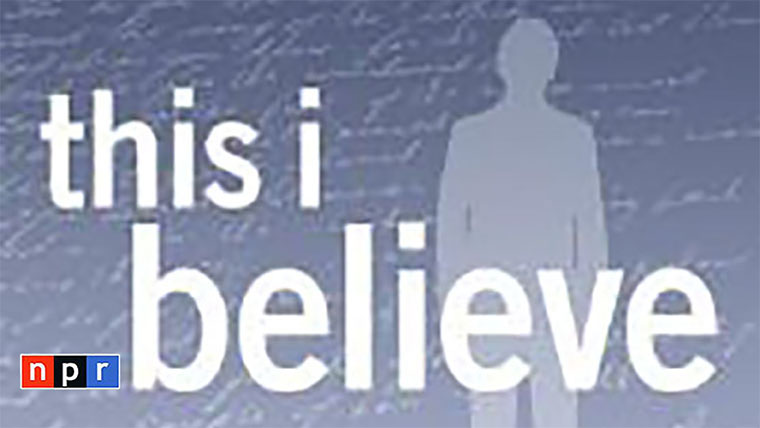 Belief – superpower for the common man

Power of Belief – for the believers and non-believers.

Arizona Western College is proud to announce their wide availability of personal-development workshops for students all year long. Last spring, Power of Belief along with other workshops – Ways to Happiness, The Growth Mindset and Benefits of Meditation – was among the presentations. Coordinated by Academic Success Advisor Laura Shepard, Power of Belief is highly requested by students every year.

Power of Belief talks about ways to have a positive mind set and achieve personal goals. The short course takes at least an hour, with a brief preview of the award-winning “This I Believe” essays written by people across the country, aired on National Public Radio (NPR).

According to NPR statistics, more than 50,000 essays have been submitted by people telling their stories.

One story shown to students was by a woman from the South Bronx of New York City, Majora Carter, about her inspiration to bring change to her hometown. Being from a ghetto area, she was inspired to defend her neighborhood when the city of New York made plans to place a waste facility in the area.

One of her quotes reads, “I realized it’s just as important to fight for something as it is to fight against it.”

Today she is radio host of The Promised Land series and an activist who created an environmental stewardship program to develop green-collar job training and placement services for communities. She tells people that she intends to look for ways to help communities and bring change for the people.

The Power of Belief workshop discusses the impact on how our minds translate the “I’m just a student, what should I know” and “I’m a student, I will find out” concepts to our daily lives.

The slide show showed students that the low expectations they have for themselves often come true because they limit themselves and begin behaving in ways that become destructive.

Other points addressed students’ self-perceptions in relation to self-concepts and self-enhancements.

“We have our self-enhancements where we put ourselves forward, but we also only really feel comfortable around people who verify our self-concept,” said Power of Belief presenter and psychology Professor Melissa Behunin.

Students learned that the self-enhancements motive leads us to seek feedback from others and continue according to their judgment. However, self-concepts have the ability to encompass all beliefs and feelings we have about ourselves, therefore leading us take better action.

On a final note, the Power of Belief workshop showed a short clip to students from the TV show Saturday Night Live featuring the character Stuart Smalley who practices daily affirmations to allow a more positive mindset.

According to research, people who say affirmations for 30 days actually start to believe in them. At AWC, the Power of Belief and other workshops are available for students who are looking for ways to make their learning and achievements a success. Students unavailable to attend workshops can also visit the school website at Lifesize.azwestern.edu.